I learnt chess as a kid like we all do. And like we all do, I played for a while, lost interest, picked it up and played again for a while and then dropped it again and did that cycle a few times over the decades. Didn’t help that there were no chess clubs where (and when – there’s one there now) I grew up (apparently there was a school chess club in the CBS school, but I never heard of it when I was there in the mid-80s). I was a member of the TCD Chess Club briefly in ’93, before the academic workload landed like a ton of bricks and target shooting and aikido took whatever time remained (and target shooting went on to eat all the time in grad school and afterwards); but mostly I just played online on FICS (which at the time had a better set of chess clients for commandline use in unix, and that was where I was doing most of my work). After leaving college, it fell by the wayside completely for almost a decade.

Then recently, after acquiring a toddler in the normal way, I couldn’t train in target shooting the way I used to, but I was going stir crazy. I could play chess on my phone with one hand while rocking the baby to sleep in the other arm, so to stay sane I revived my FICS account and signed up to Chess.com and started playing on the ‘net. As I got better there and my online rating rose, I wondered what my “proper” rating would be (the FIDE one).  I looked up the Irish Chess Union and the boards.ie chess forum, found my nearest local chess club with the ICU’s help (thanks Mark Orr!) and started going and playing there. I started writing some blog entries as I played, mostly for my own entertainment. But they didn’t fit into the work blog or the sports blog, so I wanted to move them out to a place of their own. So why call it weak.ie?

Well, as I started playing more, I encountered lots of really nice people who were helpful and pleasant and generally what you would expect to find in chess (I can’t stress this enough, there are some really nice people in this game and they make up the vast majority of people in it – over 99% of them in fact). This wasn’t all that surprising, given what we all learn in kindergarden about being nice to other people and what I’d learnt as normal chess ethics as a kid:

You’d imagine that that kind of thinking would mean everyone in the sport was a nice, decent person, with a bit of a lean towards considered thinking and some degree of aptitude for planning and forethought, but, thing is, in the Irish chess scene there are three or four… well, there isn’t a polite term for gobshites I’m afraid. All Irish sports seem to have them. You know the type. Convinced that they’re some god’s gift to the universe, that they’re special and the rules don’t apply to them, convinced they are the sole respectable judges of other people’s behaviour when their own is the kind of thing you report to the Gardai (yes, that’s happened, no, I’m not joking, no, I really do mean chess the board game, and yes, these eejits really are that … special). Some of those encounters were downright nasty. One perjorative kept cropping up over and over again when I heard these people talk – weakie. “Oh, so-and-so, he’s only rated such-and-such, he’s a weakie, barely knows chess, he’s not worth talking to” and so forth, often said about people who quite frankly, were worth a lot more to Irish chess and society as a whole than the speaker. Seriously, it was like listening to the worst kind of Mensa members comparing IQ scores while on their lunch break from their job cleaning out sewers (and it wasn’t helped by the fact that these players, internationally speaking, just weren’t all that; the best of them didn’t make it into the top thousand players, or even the top four thousand). The word “weakie” basically means that the speaker thinks how good you are in a board game is the same thing as how good you are at, well, life.  To which, there really is only the one polite response: 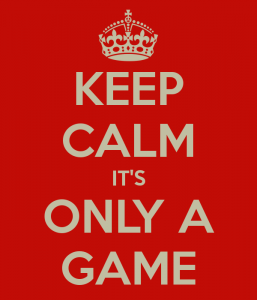